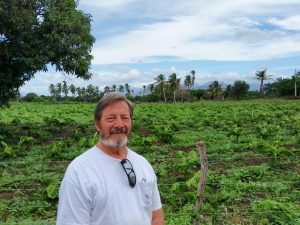 I was born in Southwest Detroit.  My mother and father were professional artists and raised me in an environment of appreciation for the arts.  I studied chemistry at MSU, fine arts at CCS, and physics at Lawrence Tech but learned construction with my father-in-law.  I became a builder which seemed to satisfy my creative needs.  Sometime between colleges I was drafted into the Army.  In order to stay out of Vietnam I joined the Army Band.  After seven months in Texas, I was sent to the Sky Trooper Band in Ahn Khe, Vietnam.  My builder experience lasted 35 years in which I worked mainly on historic homes.  In 2008 the economy hit the skids and I was forced to shut down the company.  As luck would have it, my daughter needed someone to watch her children which became the best experience in my life! I am passionate about traveling throughout Latin America and have continued to study Spanish in my retirement.